25 Years of the Kennett Brewfest

In celebration of the Kennett Brewfest’s 25th anniversary, founder and “Brewfest King” Jeff Norman talks about how it all began—and honors the breweries that took a chance on a fledgling festival in “Kennett where?”

A legendary event that has been lauded as one of the region’s premier craft brew festivals had its humble beginnings back in 1998. “I recall Bill Covaleski, co-owner of Victory Brewing Company, rolling up to the inaugural Kennett Brewfest in a beat-up white van, no logos, and rolling two half kegs out, setting up his taps, and pouring some of the best beer I had ever tasted,” says Norman. “It’s amazing to think that they now have a brewpub (reopening soon!) in our small Borough of Kennett Square. I like to think that our decades of expanding the palates of an ever-growing beer community attracted them to locate in Kennett Square.” Beloved local breweries Kennett Brewing Company and Braeloch Brewing have also become part of the vibrant brewing community that’s grown up in Kennett Square over the years.

“The idea to start the Kennett Brewfest was born out of attending the excellent Great Eastern Invitational Microbrewers Festivals that Stoudts Brewing put on for many years in the late 80s and early 90s,” says Norman. “I was impressed with the quality and variety of breweries and beer they brought together, as well as the professional way they organized and ran the event. When we were brainstorming ideas for a yearly fundraiser for what is now Kennett Collaborative, I immediately thought of these festivals. Why couldn’t a nonprofit throw a Brewfest? And, with the Stoudts events as my template, in 1998 the Kennett Brewfest was born.” 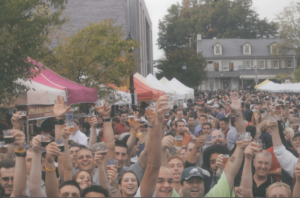 Initially part of the Mushroom Festival, the Kennett Brewfest has expanded and moved down Broad Street over its 25 years. This crowd raises a glass to the 6th annual fest in 2003.

The rest, as they say, is history. The Kennett Brewfest has been building community around craft beer for the past quarter of a century. The festival, along with its sister Winterfest event, has supported hundreds of award-winning craft breweries, brought many thousands of people to the town, and raised hundreds of thousands of dollars for the nonprofit Kennett Collaborative. 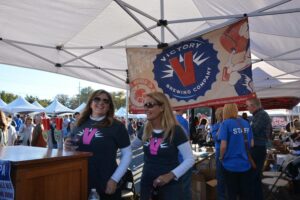 Victory Brewing was one of the first breweries to take a chance on a new event called the Kennett Brewfest back in 1998—and Victory has been a strong supporter ever since.

Cheers to the OGs

“This 25th anniversary seems like the perfect time to salute the generous nature of the ‘OG’ breweries that have paved the way for our success,” says Norman. “No one knew what the Kennett Brewfest was in 1998, and these brewers certainly didn’t know who I was. But Stoudts, Victory, Dogfish Head, Tröegs Independent Brewing, Yards Brewing, Iron Hill Brewery, Sly Fox Brewing, and Dock Street Brewery all supported us with their help and fantastic beers. They gave our event immediate credibility, and soon other breweries were asking to attend. I was amazed by the variety of beers and flavors and was educated as to what beer could really be.”

In the early years, the Brewfest was part of another legendary Kennett Square event—the Kennett Mushroom Festival. This collaboration inspired some unique brews. “In the early 2000s, Dogfish Head was pushing the envelope on some very hoppy IPAs and had the reputation of being ‘off centered.’ True to form, owner Sam Calagione approached me about doing a mushroom beer for Brewfest. After some research, we were able to get portabella mushroom powder from a local grower and Dogfish Head Mushroom Stout was the result. I recall it being earthy and delicious,” Norman says.

Ticketholders for the 25th anniversary event will be able to enjoy beer from all eight of these original breweries, including the recently relaunched Stoudts Brewing Company. “Evil Genius recently partnered with Stoudts Brewing Company to bring their beers back to the masses. I’ve known Carol [Stoudt] for many years and had been chatting with her and her family since March of 2020 about getting our beers back to market,” says Evil Genius co-owner Trevor Hayward.

Whether he’s presenting awards to best-of-fest brewers or accepting awards for the festival he created, wearing a Brewfest t-shirt or his royal robes, “Brewfest King” Jeff Norman has poured heart and soul into the Kennett Brewfest for a quarter of a century now.

Cheers to the Brewfest King

In addition to the OG breweries, there are OG volunteers and faithful attendees who have been part of the festival since the early days. They’ve been joined by many thousands of fellow craft beer lovers over the years as the Kennett Brewfest has grown into one of the region’s premier festivals.

“The Kennett Brewfest owes a huge debt of gratitude to all of those who have supported the festival over the years,” says Kennett Collaborative Executive Director Bo Wright. “The Brewfest is the biggest annual fundraiser for Kennett Collaborative. People don’t realize that many of the things they love about Kennett Square—from Light Up the Square and Christmas in Kennett to Kennett Blooms, the Floral Flash, the KSQ Farmers Market, Third Thursdays, the Holiday Village Market, the How We Build Matters Speaker Series, and more—are all programs of Kennett Collaborative and funded in large part with proceeds from the Kennett Brewfest.”

“While much of the success and growth of the Kennett Brewfest has come through the support and participation of all the breweries who have brought their best to serve Brewfest participants over the years, none of this would have been possible without Jeff Norman. Jeff has poured heart and soul into organizing, expanding, and improving the event for all of these years. He’s done it all with incredible passion, thoughtfulness, good humor, expertise, and care. No one is sure exactly when Jeff was crowned Brewfest King, but we hope everyone will join us on October 1st to raise a toast to his continued reign!”

Norman’s greatest reward is true to his original vision—sharing great beer with great people. “To this day, I get the most pleasure out of seeing thousands of beer fans being amazed by the variety they have the opportunity to taste at the Kennett Brewfest,” he says. “Here’s to the 25th anniversary being the best one yet!”

Limited tickets are still available for the silver anniversary celebration on October 1st. In addition to beer from more than 80 local and regional breweries, the event will feature live music by Carl Filipiak and Dylan Zangwill, food trucks, and a variety of food and other vendors. 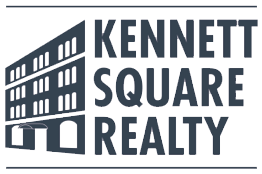 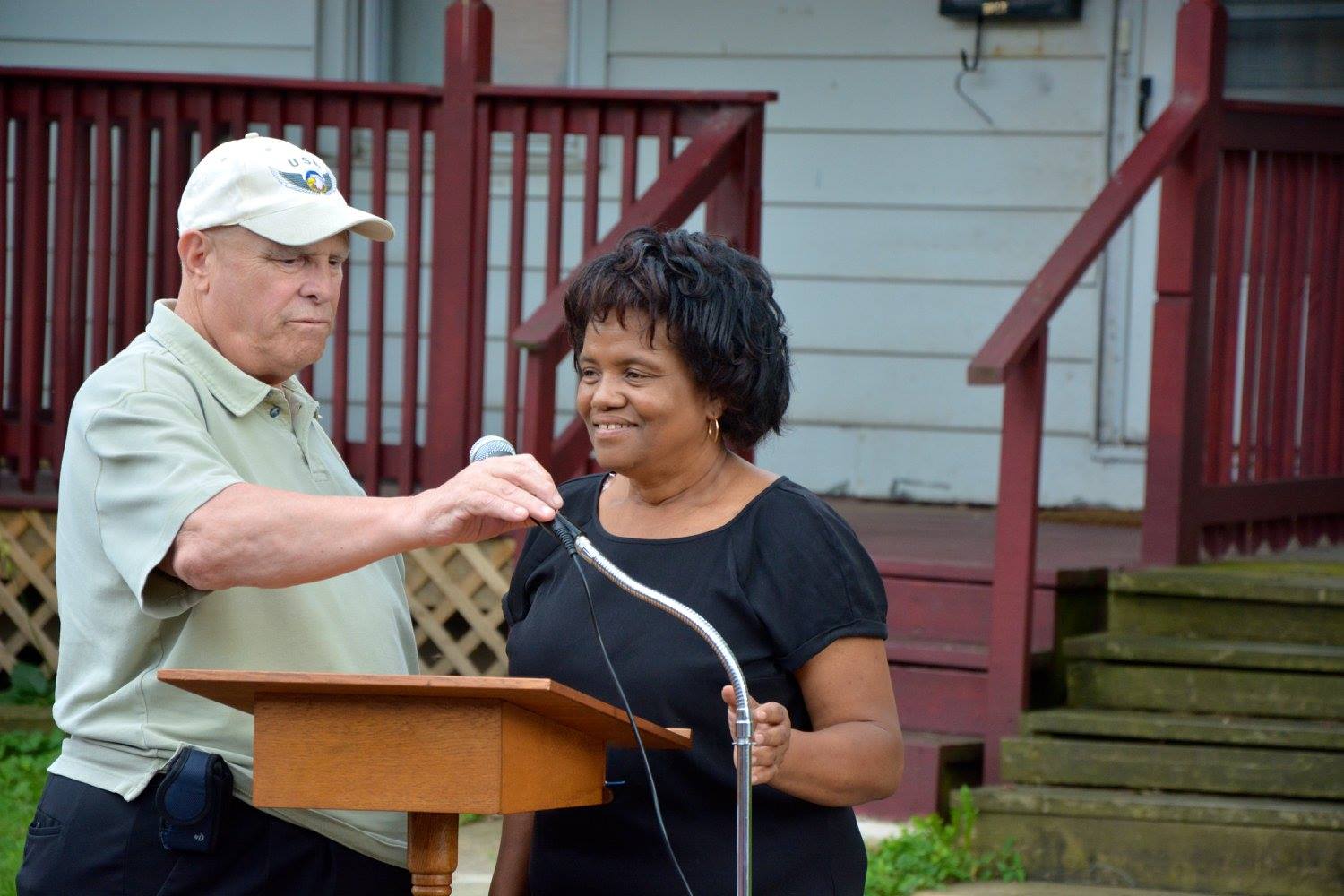 If remembering the past helps to ensure we don’t repeat its mistakes, it’s also true that we need to understand the history... 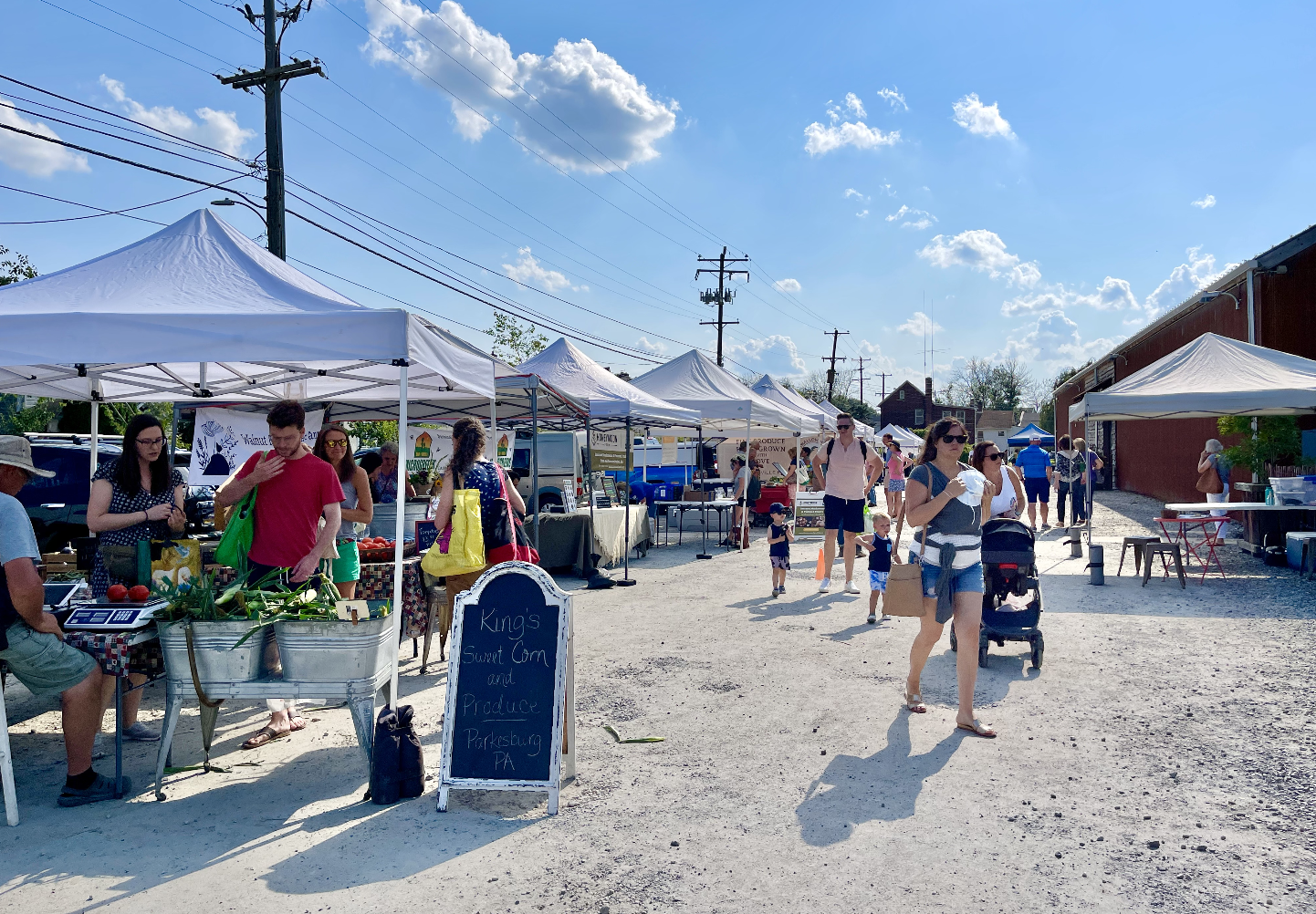 Why buy perfectly ripe, still-warm-from-the-sun fruit and vegetables directly from the farmer who grew them when you can buy produce that has...

A Historic Square in the Heart of Kennett Square

After over 100 years of serving the community of Kennett Square, the American Legion looks to the future under the leadership of...