The Magic of Human Scale

The Potential of Kennett Square's Alleyways, Courtyards, and Innerblocks

Urban designer and author Thomas Dougherty will speak at the next How We Build Matters Speaker Series event on Thursday, November 17th, on the potential of human-scaled infill development along Kennett Square’s alleys and innerblock spaces. You can RSVP here.

Bees, unlike humans, know exactly how much space they need to function and thrive. “Bee space” was first recognized by Philadelphia minister Lorenzo Langstroth, creator of the Langstroth hive, in 1851. If a gap in a hive is larger than 3/8 inch, bees will fill it in.

“While we in the twenty-first century know intimate details about the habitats of other species, we haven’t studied the kind of habitat where humans flourish—and our gut tells us that new development certainly isn’t it,” says Dougherty. There’s a growing awareness of the detrimental human and environmental impact of supersizing everything from our burgers to our cars. The same can be said of our built environment.

Solving this problem, Dougherty says, starts with understanding the fundamental concept of human scale. Human-scale spaces satisfy our ineffable cravings for beauty and a sense of belonging, but the art of creating them also relies on scientific findings and results in a kind of natural sustainability that leaves space for other species to survive and thrive, too. 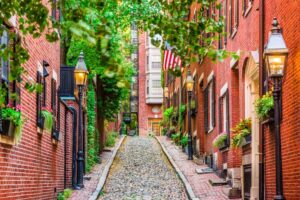 The narrow cobblestoned Acorn Street, in the Beacon Hill neighborhood of Boston, is the most photographed street in America.

The art and science of human scale

Acorn Street, in the Beacon Hill neighborhood of Boston, is the most photographed street in America. What is it about this narrow, non-continuous pedestrian laneway that draws people in? It’s more than cobblestones and historic architectural details, says Dougherty. There’s an intimacy, a sense of safety, and an unspoken invitation to the pedestrian. “We know it when we see it, but it’s hard to put into words how these spaces make us feel.”

Dougherty’s wife Rose, who is originally from the Netherlands, describes this feeling as gezelligheid. While there’s no direct translation, it encapsulates the sense of “belonging” and “the feeling of home” that places like Acorn Street, or Philadelphia’s Elfreth’s Alley, elicit.

But human scale is about much more than a feeling. “Humans are hard-wired for human scale,” Dougherty says. He draws on the research and writings of Ann Sussman, Andres Duany, and many others in his own study and practice creating spaces designed for human flourishing, will unpack and illustrate this concept with examples from around the world in his talk on November 17th. 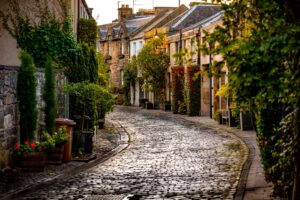 Edinburgh’s Circus Lane is another quintessential example of a beautiful, human-scale, and often photographed place.

In simplest terms, human scale is what determines that stairs have a seven-inch rise and doorways are 80 inches high. These dimensions reflect the average capacity of human beings to interact with objects around them. Human-scale buildings, streets, and neighborhoods are designed with the same kind of intentionality. What Dougherty and others working in this field want to create for our towns and cities are designs that provide human space for human thriving.

Dougherty, founding principal of Innerblock Design Studio, lives in West Chester. He brings a wealth of experience and years of study and thoughtful reflection to his How We Build Matters presentation. He grew up on a small organic farm in Ohio, has worked as a timber framer, and has been an urban designer for some of the most innovative and forward-thinking development projects across the country. He holds Master’s degrees in Architecture and in Architectural Design and Urbanism from the University of Notre Dame’s School of Architecture. 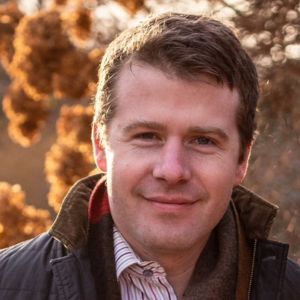 Urban designer and author Thomas Dougherty will share a vision for Kennett Square’s alleys at the How We Build Matters Speaker Series event on November 17th.

Seeing inside the block: The potential of Kennett Square’s alleyways

Dougherty, who has written a book called The American Alley: A Hidden Resource, says Kennett Square has a rich and underutilized resource in its alleys—and they’re one of the best starting places for creating human scale. 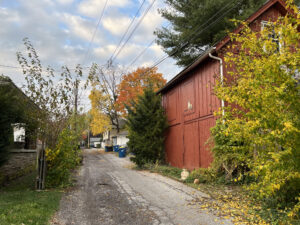 “Walking the alleys in town gives you a different perspective—an insider’s perspective, if you will—on community life and the possibilities of built environment,” says Kennett Collaborative Executive Director Bo Wright.

“Walking the alleys in town gives you a different perspective—an insider’s perspective, if you will—on community life and the possibilities of built environment,” says Kennett Collaborative Executive Director Bo Wright. Anyone who has walked Church or Sycamore alleys between East Cypress and East Mulberry Streets, for example, or Knights Alley, which intersects the block formed by Magnolia and West Mulberry Streets and joins Center Street to Schoolhouse Alley—or Filbert, Chestnut, or Batchelor alleys—will have experienced the quiet and often untapped potential of Kennett Square’s laneways.

A street doesn’t have to have been built over a hundred years ago to impart that quality of magical charm, says Wright. “Thomas’s way of describing human-scaled places is paradigm shifting. Human scale is different and more attractive than old buildings. So many people in Kennett think they like the uptown area because of the old buildings. What they’re actually drawn to is the scale of the place.” 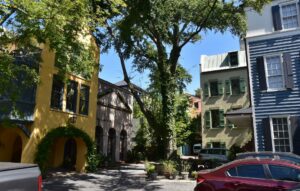 Charleston’s new Catfiddle Alley has created a magical ambiance and incorporated 17 homes on a single acre.

It’s particularly important to understand scale in a place like Kennett Square, says Wright, where in a finite square mile it can be difficult to imagine where new places can be built. “When we see space through the lens of human scale, we see what’s possible. We don’t necessarily need a big parcel of land like the NVF site to build something special. We can create whole worlds in parking lots.”

Human-scale places are being built around the country and quickly becoming as popular as the quintessential Acorn Street. Charleston’s new Catfiddle Alley, which incorporates 17 homes on a single acre, for example, has been praised as breathtakingly beautiful and magical.

“It all comes back to design,” says Wright. “The most beautiful towns and cities around the world have been built to human scale—with a keen eye to the finest details of scale, orientation, and context.” 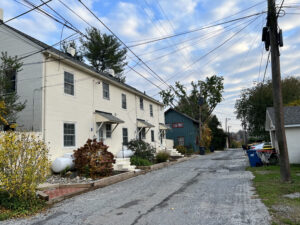 “Many people in Kennett think they like the uptown area because of the old buildings. What they’re actually drawn to is the scale of the place,” says Wright.

Accessory dwelling units, or ADUs, are one of the possibilities that alleys provide. “Some lovely examples of ADUs have been built in the Borough over the years,” says Wright. “ADUs can help address the attainable housing challenges we face, and Thomas will help us look at what’s needed in Kennett to make progress on ADUs. ADUs are one of many small steps that could help create human-scaled places.”

“Something that strikes us all the time at Kennett Collaborative is how much people in Kennett love Kennett,” says Wright. “This love of place is part of what makes this community so special. When you love a person, you want that person to grow and develop to their fullest, most beautiful potential. The same could be said when you love a place. We created the How We Build Matters Speaker Series to explore exactly that question—how we can work together so Kennett can become a beautiful and sustainable community where everyone can belong and prosper.”

RSVP here for Kennett Collaborative’s How We Build Matters Speaker Series event on Thursday, November 17th, at 6:30pm at the Presbyterian Church of Kennett Square, 211 S. Broad St. The event will be interpreted live in Spanish and also livestreamed. 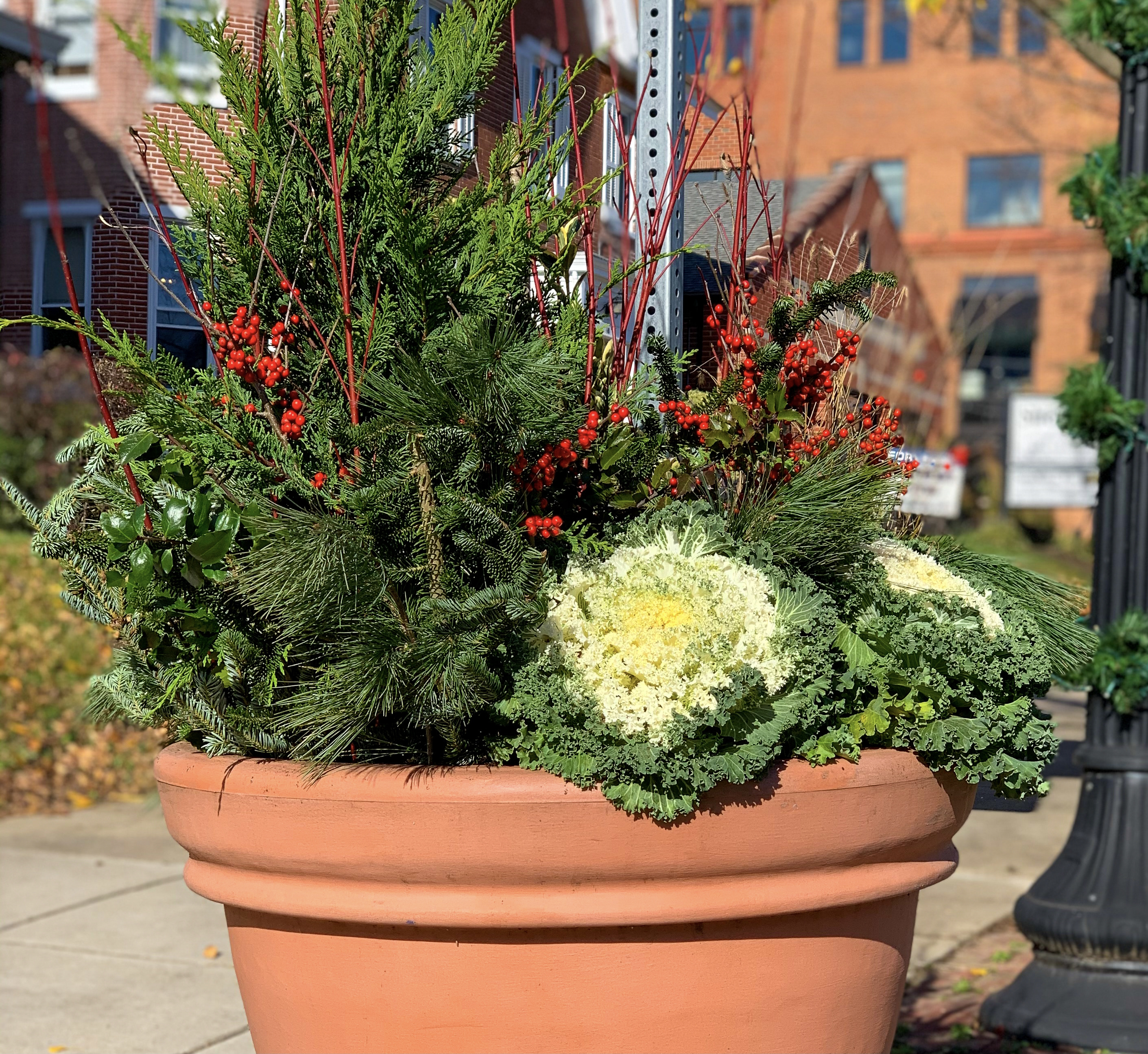 Kennett Collaborative’s plans for Christmas in Kennett 2022 will focus on creating magical moments and making Kennett Square a festive and welcoming... 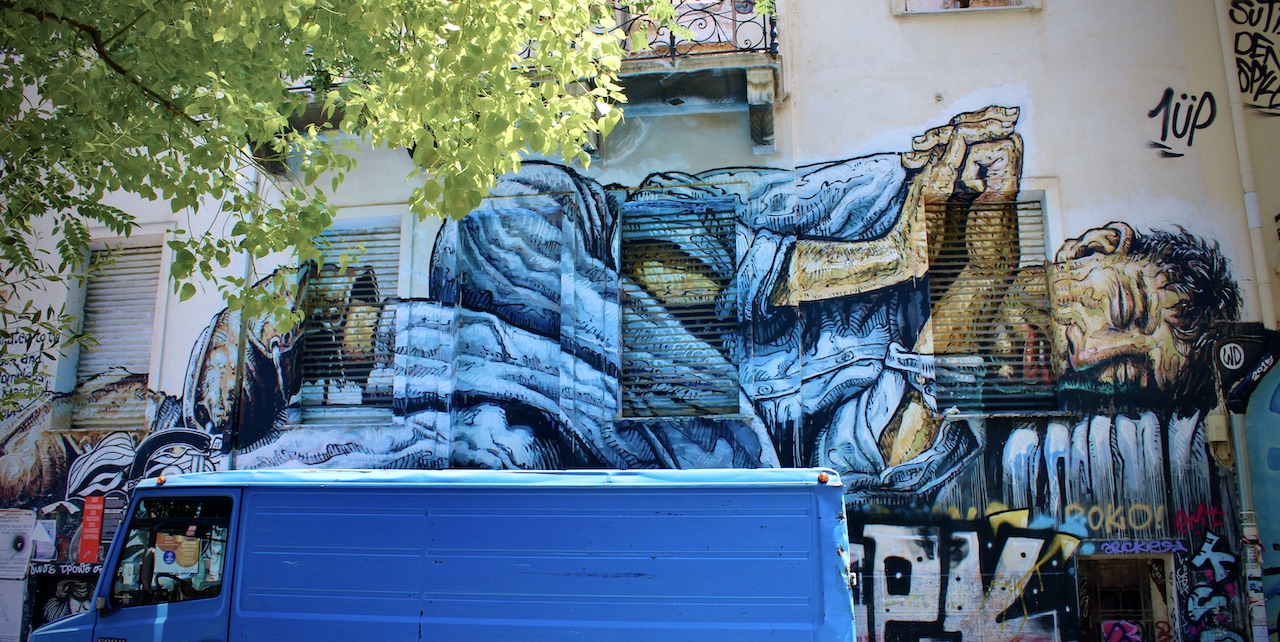 Public art helps to create a sense of community and shared conversation, sparking thought and connections between people, places, history, and contemporary... 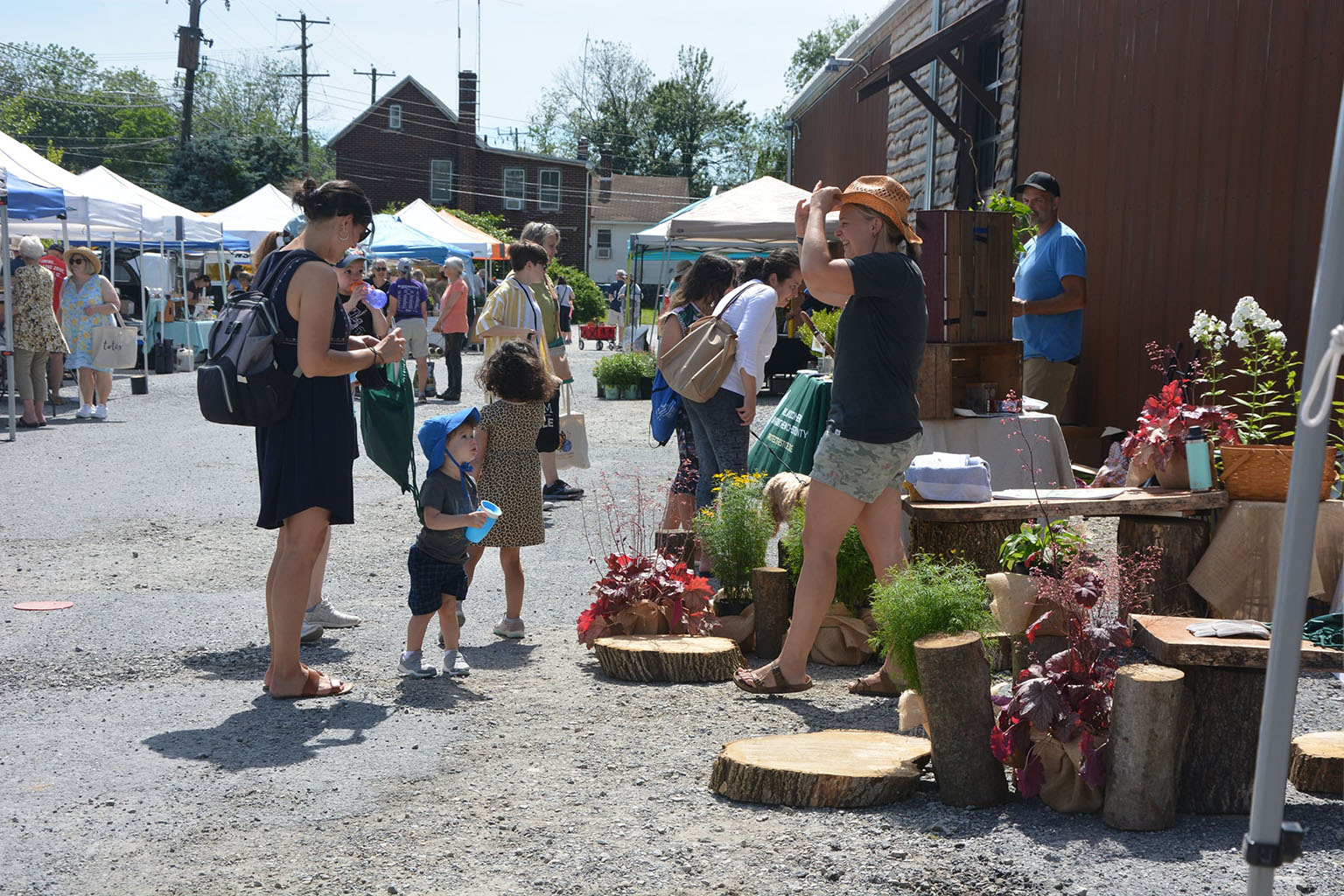